“The city is to be congratulated on the acquisition and opening of this magnificent park which… will form in all time coming, and however the city may extend, an open space of unrivalled beauty.” 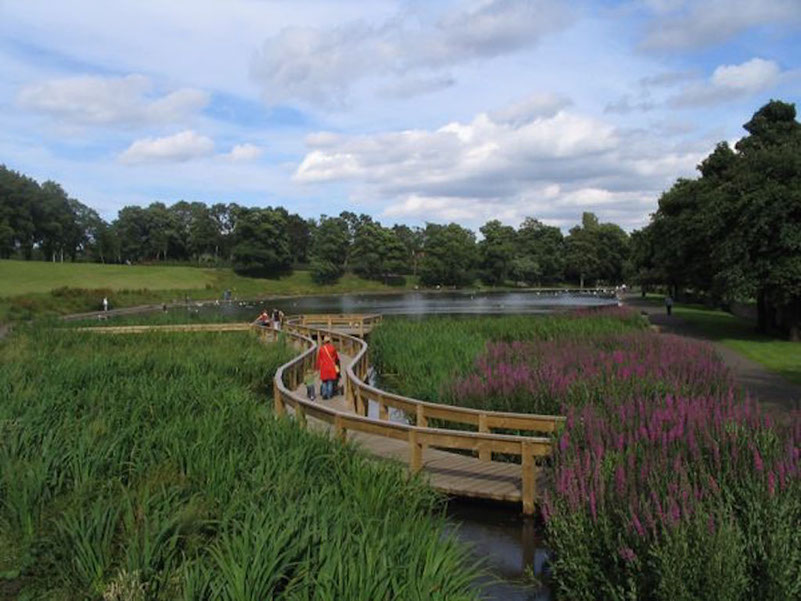 Inverleith Park is in the heart of Edinburgh, right next to the Royal Botanic Gardens, just to the north of the New Town & Stockbridge. At 22 hectares or 54 acres, it is one of Scotland's largest urban parks.

The park once formed part of the Inverleith Estate, which had been owned by the Rocheid family since 1665.  The City fathers bought the land from Carl Rocheid in 1889 and laid out the park, including playing fields, tree-lined walk-ways and a sizeable pond.  The north west quadrant of the park was later given over to allotments, small gardens which are rented by the city to local residents for growing fruit and vegetables.

Most of the park is still open parkland, used as recreational space and for rugby, football, cricket, baseball and other sports.

The boating pond on the south side of the Park has been upgraded, with the western end of the pond turned into an attractive wetlands water garden in 2007.

There is also the recently refurbished Sundial Garden and a wild flower meadow. Stunning views of the city skyline and Pentland Hills can be seen from above the pond.